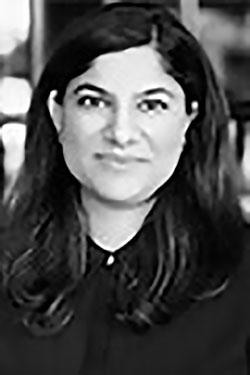 Tanya is a specialist Family Law Solicitor and has practiced exclusively in field of family and matrimonial law for over 18 years, having been admitted as a solicitor in 2001.
She has a varied caseload and specialises in pre and post nuptial agreements, financial matters arising from divorce and children matters, particularly where they have an international dimension.
Her combined background of litigation and mediation ensures that she is able to deliver an all-round quality service, whether the case requires skillful and effective negotiation or necessary litigation.
She has a reputation for thorough case preparation, reassuring efficiency and constructive analysis of complex legal issues. She is known for her tenacious focus on achieving the very best outcome possible for her clients in often difficult circumstances.

Tanya obtained her post graduate diploma in legal practice from the College of Law. She trained with a sole practitioner, specialising in family law from the outset of her career and remained with the firm after qualifying as a solicitor. She continued her practice with a medium sized firm in Middlesex, before moving to large Legal 500 firm in the South East, where she built a solid reputation in all aspects of divorce and family law work over the span of 13 years. Tanya joined the private law team at Creighton & Partners in 2016.

Tanya is a member of Resolution, a Family Mediator and an accredited Civil and Commercial Mediator.

Acting for family members as Intervenors to protect monies loaned by them to their son who was in the midst of divorce proceedings, in circumstances where an application for a freezing order had been made against his assets.

You can trust us

As we are defined as an online trader we are required to provide the following link http://ec.europa.eu/odr

Any cookies that may not be particularly necessary for the website to function and is used specifically to collect user personal data via analytics, ads, other embedded contents are termed as non-necessary cookies. It is mandatory to procure user consent prior to running these cookies on your website.